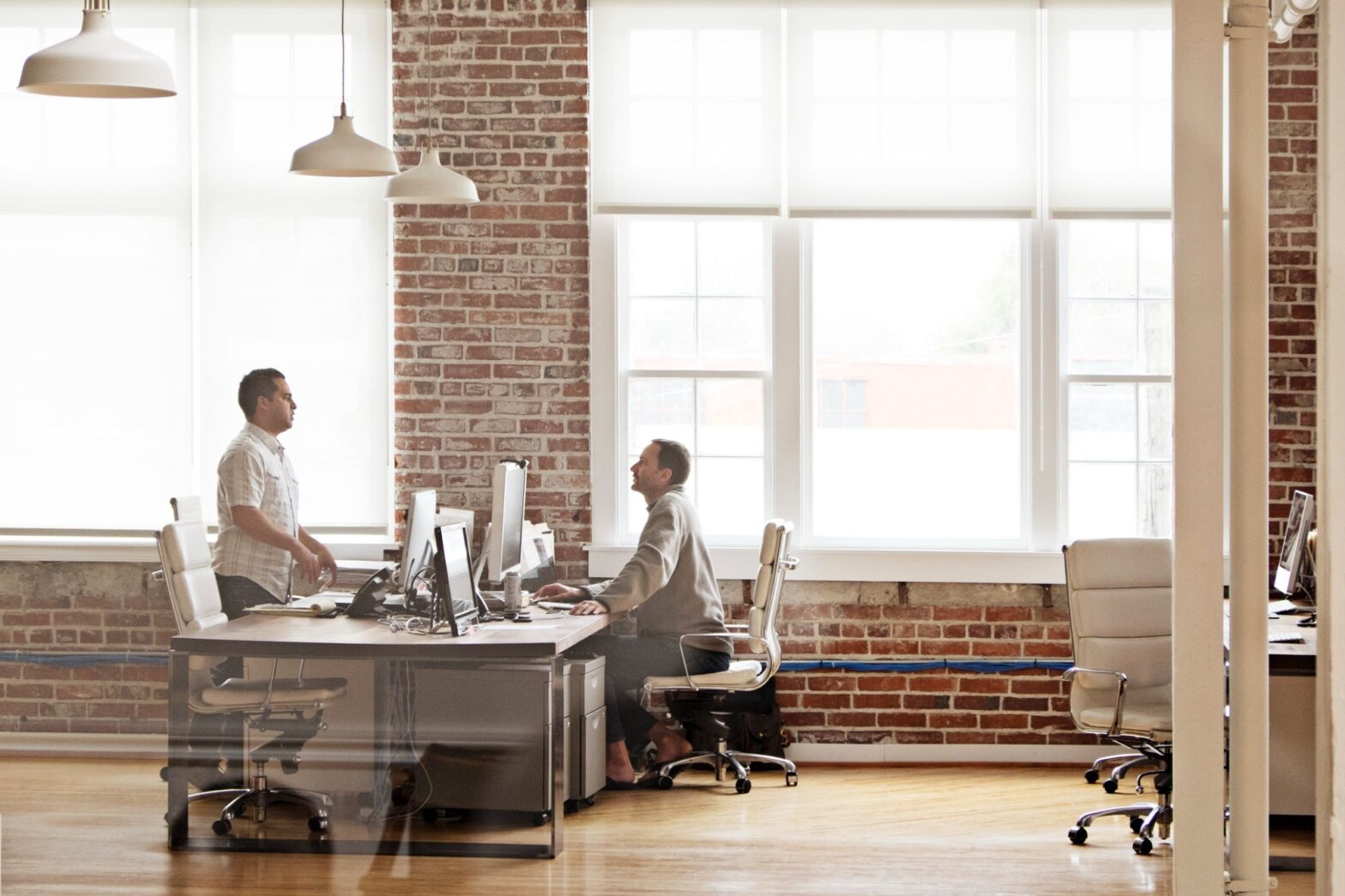 5 Myths That May Be Causing Your Startup to Stall

Entrepreneurship is on the rise across the globe. More than 582 million people have embarked on the journey to create a new business, according to Global Entrepreneurship Monitor.

And seemingly there are just as many myths and misconceptions as there are people launching new ventures.

So before you jump in feet first, use your head. You don’t want to become discouraged because you didn’t do your due diligence. There are plenty of options to start. You can do research online, or even take an online course. Perhaps you’ll want to seek mentorship from someone whose business acumen you admire.

What you don’t want to do is create your own barriers to success.

Let’s unpack how five of the most common and pervasive myths may be preventing your success.

However, that doesn’t mean you should ignore that others got there first. In fact, you can use that to your advantage.

Look for your white space. Ask yourself what your business can do to fit into an already crowded market. What can you do differently to make your brand stand out? That’s what the company Hinge did when it entered the crowded dating app arena. By researching their target audience, the company’s founders identified the basic human need. That deeper connection and interaction could and should be front and center when it comes to dating. To set itself apart, Hinge became the app you use to find someone you actually like. They set out to create an online house party and it worked.

Look through the eyes of your customers. They want services and products to be intuitive. They don’t want to have to navigate through a maze of instructions or support. Meet their wants and needs before they arise. Start by talking to your friends about what they’d like to see you include in your products and services.

Look for gaps in the market. Be creative. Trust your own instincts about what’s missing in the businesses that are already there. Mine social media to see if other people are complaining about some of your potential competitors and why.

In my industry, for example, the increased demand from purpose-driven Millennial consumers to support local brands and have authentic experiences when they travel has enhanced our overall approach. We make it easy for our guests to experience the art and culture of their location and it has proven to be a strong differentiator.

Myth 2: Lack of capital leads to failure to launch
Conventional wisdom says that large sums of money are needed upfront in order to build a business. That isn’t necessarily the case and, frankly, isn’t always possible. Some aspiring tycoons don’t have equitable access to capital, especially BIPOC and other early-stage entrepreneurs from under-served communities.

It’s estimated that at least 24 percent of all startups fail because they run out of money. Everyone’s telling you that you don’t have enough money. Don’t listen to them. Founders may not need as much money as you think. Securing funds will be different for each startup.

Don’t get discouraged. Starting a business with little money is entirely achievable. Forward-thinking entrepreneurs construct business models so that they build the business with solid margins that don’t rely on funding forever.

Don’t turn off your own engine just because you don’t think you have enough fuel to take off.

Myth 3: Leaders need to create a hustle and grind culture
Hustling and grinding in and of themselves aren’t bad qualities. But companies are moving away from the stereotypical model that requires employees to push themselves to the max all 86,400 seconds of every day.

Relentlessly and unapologetically chasing investors, market share, customers and the next big thing can be an express lane to burnout.

Your employees are not machines. Treat them like they are, and they won’t stay long. Remember empathy? It’s back in style.

Long overlooked as a performance indicator, empathy is a business imperative that drives impact. It’s time to remember that your team is your best asset. One of the best pieces of advice I was given as an entrepreneur was the highs are not as high as you think they are and the lows are not as low. If you go all-in on the rollercoaster ride of emotions that come with entrepreneurship, you won’t last long. The job of an entrepreneur is to modulate those highs and lows to make the emotional state more sustainable.

Make sure you’re checking in on your team. My team and I have something called Pulses. It allows us to check in every week on how the team is feeling. Of course, I would be remiss if I didn’t mention our #effupFriday, where team members can share stories of challenges they had during the week in our shared workspace app. The team loves it and so do I!

We’ve all heard the stories of companies that missed their mark by setting outsized goals. There’s a fine line between having a big, ambitious and audacious goal and an ego-maniacal drive. And that line can be scarily blurry. It’s time for the hustle and grind era to end, and time to prioritize the needs of your team.

Myth 4: If you build it, they will come
You can create the best business in the world, but its success depends on several factors that require your frequent, if not enthusiastic, attention.

Whatever you do, your business is not going to do very well if customers don’t know you’re there. Marketing your products and services is an ever-changing science, but one that can be enjoyable. Relax, this can be as much about creativity as it is about spending. Paid advertising, traditional or digital, is still one of the most effective ways to promote a business. But remember, you don’t always have to pay to get eyes on your brand. There are so many possibilities when it comes to letting people know about your business, starting with just talking about it. You can amplify word of mouth and gain third-party endorsements by getting others to talk about your brand or company as well. For example, tapping micro and nano influencers to share your offerings on social media in exchange for goods or services is an effective strategy.

Finally, when taking on the world it’s sometimes best to have an ally. Mergers have always been a way to address issues like scale, redundancy and expenses. But you don’t have to merge to join forces. Strategic partnerships are a great way to grow your business by sharing resources.

Myth 5: Failure is not an option

An unsuccessful attempt ≠ failure. If you’re going into business, you might want to embrace that equation immediately. It’s been said that life is a journey, not a destination. So, strap in and get ready for the ride of your life. Once you establish your path to success, it’s not just possible, it’s probable that there will be detours along the way. In preparing for your journey, remember to toss a huge supply of perseverance into your travel bag.

For example, Twitter founder Evan Williams is one entrepreneur who readily accepted the twists and turns that come with a startup. Williams has said that it became clear early on that they didn’t really know what Twitter was. A social network? No! A micro-blogger? No! A status-update tool? No! Williams said it took years of asking the right questions, testing their different theories and making informed design decisions to finally end up with the right product. The answer ended up being that Twitter is all of those things and more.

It’s time to consider the fail fast philosophy. Instead of stigmatizing failed attempts, many companies now promote the benefits of risk-taking. And let’s face it, starting a business is a risk. Learn to develop your risk strategy, while keeping an eye on your debt ratio. It’s all about remaining agile. Identify the risks you’re willing to take and adapt quickly when you make your moves.

That’s what many companies had to do when the pandemic threatened their bottom line. Take grocery stores, for example. Pickup and delivery services expanded when shoppers were stuck in their homes or afraid to come into stores. Another example of an industry that adapted is healthcare. More providers engaged in telemedicine in order to sustain or increase patient access. For many businesses, it became nearly impossible to track the variables that indicated demand. But their leaders didn’t panic, they made data-driven decisions and adapted.

Consider this a starter kit. Debunking myths is going to take a conscious effort on your part. But, enjoy the journey.